This article has been adapted from The Hearing Review

Research scientists at the Karolinska Institutet in Sweden are trying to identify the molecules behind tinnitus in an effort to find a treatment to silence the ringing and other phantom noises that many people experience.
Ringing in the ears or hearing other sound inside one’s head when no external sound is actually present is known as tinnitus. It’s a common problem that affects more than 1 person in every 10. While many learn to live with it, tinnitus can become much more than a minor ringing or buzzing sound. It can seriously disturb sleep, concentration and daily living to the point of causing depression and anxiety. 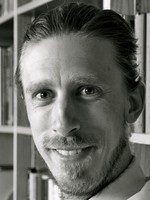 “Our study in mice proposes the first gene related to tinnitus,” says Christopher R. Cederroth, PhD, an assistant professor at Karolinska Institutet. He and his team discovered that without normal function of the GLAST gene, animals are more prone to develop tinnitus. The gene codes for a glutamate transporter, a protein that works to take the neurotransmitter glutamate away from the synaptic space, where neural communication occurs, back into the cells. An interview with Dr Cederroth about this research is available on video. 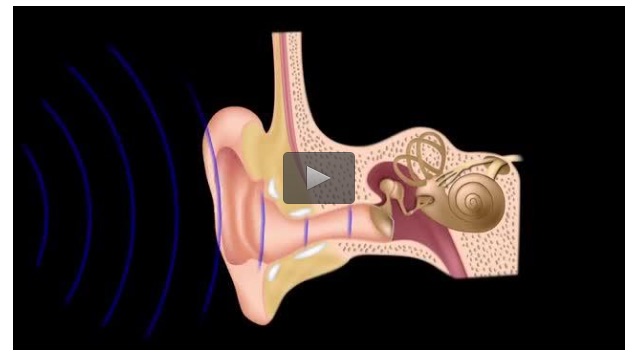 “Removing excess glutamate from the synapse is vital for healthy neural function, as uncontrolled glutamate levels outside neural cells overexcite neurons and have toxic effects,” explains Cederroth. “Dysfunctions in glutamate transporters have been previously associated with seizures and amyotrophic lateral sclerosis–and now, tinnitus.”
The results, published in an August 2016 edition of Frontiers in Behavioral Neuroscience, point beyond the known predominance of GLAST in the cerebral cortex and hippocampus, as its protective effects could occur in the inner ear. “Our study opens the possibility that higher expression of GLAST in the cochleae of mice could create the resistance to auditory insults, by preventing ototoxicity.”
Since his first tinnitus studies in mice in 2009, Cederroth saw the need to improve the detection of tinnitus in this species, which offers facilitated behavioral and genetic manipulations for our understanding of the mechanisms behind the auditory disorder.
“Curiously, mice appear to be resistant to developing tinnitus,” says Cederroth. “Only 20-50% of mice show behavioral changes that point to tinnitus after known risk factors, compared to 70-75% of rats, for example.”
This finding posed a technical problem to scientists like Cederroth, who are looking for biological causes of the disturbance. Testing behavioral detection of a sound gap, in different mouse strains, turned out to be a smart idea. Cederroth and his team found a solution that involved identifying the right mouse strain and the right stimulus timing. This improved the range of responses they could detect from animals with tinnitus in a mouse strain that is widely used in other fields for genetic testing, giving the entire scientific community a robust model for further testing of biological mechanisms of tinnitus.
This is seen as a big step forward. Each mouse strain has a certain genetic background and shows a different level of baseline sensitivity to silent gaps. So modifying a certain gene in a sensitive strain and being able to observe a range of behavioral functions can point to the genes, and related molecules, that are required for specific types of tinnitus. Cederroth’s team found that when the GLAST gene was knocked-out of mice with the C57 genetic background, the animals developed more tinnitus when exposed to salicylate, a derivative of aspirin known to be transiently toxic to ear cells.
Experimental models of tinnitus are normally made by exposing animals to loud noise or to drugs toxic to ear cells, such as salicylate, and then presenting animals with various behavioral tasks to measure their perception of non-existing sounds. One such behavioral test is GPIAS, which stands for gap pre-pulse of the acoustic startle reflex. The principle behind this task is the normal and involuntary ability of animals to suppress a startle reflex in response to a loud pulse, if the startling pulse is preceded by a silent gap in the background noise. The pre-pulse gap normally serves to prepare the animal for the upcoming startling pulse, such that they startle less.
“An animal that does not show this normal behavioral inhibition with the pre-pulse gap is showing a less efficient gap detection, in the form of a greater reflex response,” explains Cederroth. “This could happen when the animal perceives a phantom sound, like tinnitus, interfering with the ability of sensing the gap properly,” explains Cederroth. “As we change the frequency of the background noise to closely match an animal’s ringing in the ear, the startle reflex is less efficiently suppressed by the pre-pulse gap.”
Because of the improved sensitivity of the behavioral task in detecting tinnitus and clear candidate molecules, the GLAST deficiency model may very well serve to distinguish more subtle, yet unidentified mechanisms on how tinnitus is triggered and maintained. The researchers say they now need to investigate in more detail what happens in the ear and in the brain to identify where GLAST is acting and how.
“There is a current need to standardize tinnitus diagnosis and how treatments are assessed, and our work points to the value of changing timing and frequency parameters to better diagnose cases using this methodology,” says Cederroth. “These improvements will have to be tested in humans with tinnitus, as it is of utmost importance for drug discovery to have comparable read-outs between animal models and humans. A method that can objectively quantify a decrease in tinnitus perception after a given treatment would be a major breakthrough in the field. When coupled with human genetic studies, this endeavor could ultimately improve the drug development process and lead to the preventive or curative treatment of tinnitus.”
According to Cederroth, tinnitus is a symptom, not a disease itself, as it can result from various potential causes, such as hearing loss due to damage of hair cells in the ear, head injury or infection, toxic drugs, psychiatric and neurodegenerative disorders, or circulatory problems. He says that understanding tinnitus is a multi-disciplinary affair, and current knowledge is relatively scattered across disciplines.
“This work is part of an effort to gather all the expertise to solve problems of heterogeneity, in how tinnitus becomes a problem to some but not all people, and why they respond differently to treatments,” says Cederroth. By bringing together the global expertise in tinnitus research, he hopes awareness will increase. “People with tinnitus need help that until now, we have not been very successful at providing.”
If you suffer from tinnitus, come in for a consult with one of our Audiologists, call 818-727-7020, or visit Hearing Associates.
Categories: Assistive DevicesHearing & Hearing LossHearing Related DisordersTinnitusUncategorized