In a first-of-its-kind study published in the March 1, 2017 edition of Molecular Therapy, researchers from the National Institute on Deafness and Other Communication Disorders (NIDCD) and Johns Hopkins University School of Medicine showed that gene therapy was able to restore balance and hearing in genetically modified mice that mimic Usher syndrome, Johns Hopkins announced. Usher syndrome is a genetic condition in humans characterized by partial or total hearing loss, dizziness, and vision loss that worsens over time. The hearing loss and dizziness is caused by abnormalities of the inner ear, and Hearing Review reported on earlier research by these researchers in June 2016. 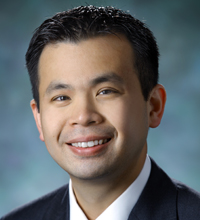 Primary investigator Wade Chien, MD, a neuro-otologist and associate professor with the Johns Hopkins Otolaryngology-Head and Neck Surgery team who also practices at the Johns Hopkins Healthcare and Surgery Center in Suburban Hospital in Bethesda, MD., and his team administered gene therapy to the inner ears of genetically modified mice carrying a mutation in a gene which is associated with Usher syndrome. These mutant mice are deaf and have significant balance problems from birth. After gene therapy administration, the balance function of the mutant mice was completely restored. In addition, these mutant mice also had improvement in hearing. This study was one of the first to show that gene therapy can be used to improve hearing and balance functions in a mouse model of hereditary hearing loss. This study was funded by the NIDCD intramural research program.
“Inner ear gene therapy offers tremendous potential as a new way to help patients with hearing loss and dizziness,” Chien said.
While the positive results are striking the researchers caution that the results are preliminary and will require additional research in humans to demonstrate fully their utility in treating humans. However, they are optimistic that their data indicate that inner ear gene therapy hold promise for treating a variety of human inherited vestibular and hearing disorders, including Usher syndrome.
Dizziness and hearing loss are among the most common disabilities affecting humans and can be severe and debilitating. According to the National Health and Nutrition Examination Survey, more than 35% of US adults aged 40 years and older have some degree of balance dysfunction, a major cause of falls in the elderly. According to the NIDCD, approximately 1 in 3 people in the United States between the ages of 65 and 74 has hearing loss, and nearly half of those older than 75 have difficulty hearing.
The research was supported by funds from the NIH NIDCD Division of Intramural Research ( DC000082-02 to W.W.C., DC000079-03 to L.L.C., DC000048-19 to T.B.F., DC000080 to T.S.F., and DC000060-13 to A.J.G.) and from the Nebraska Tobacco Settlement Biomedical Research Development Fund (to SMJ).
Original Paper: Isgrig K, Shteamer JW, Belyantseva IA, et al. Gene therapy restores balance and auditory functions in a mouse model of usher syndrome. Molecular Therapy. 2017; 25(3): 780-791. DOI: 10.1016/j.ymthe.2017.01.00
Sources: Johns Hopkins, Molecular Therapy

This article has been republished in its entirety from HearingReview.com